So you’re sitting out at your pool or having dinner on your patio, and your arm starts to itch. You look down and see the unmistakable signs of a fresh mosquito bite. Thankfully, here in the U.S., our first thought does not have to be about malaria. Worldwide, malaria kills over 3 million people a year. But in the U.S. it has been almost entirely eradicated. That’s a great relief for anyone with a mosquito bite. But even in the U.S., there are a few mosquito-borne illnesses that we do have to worry about. 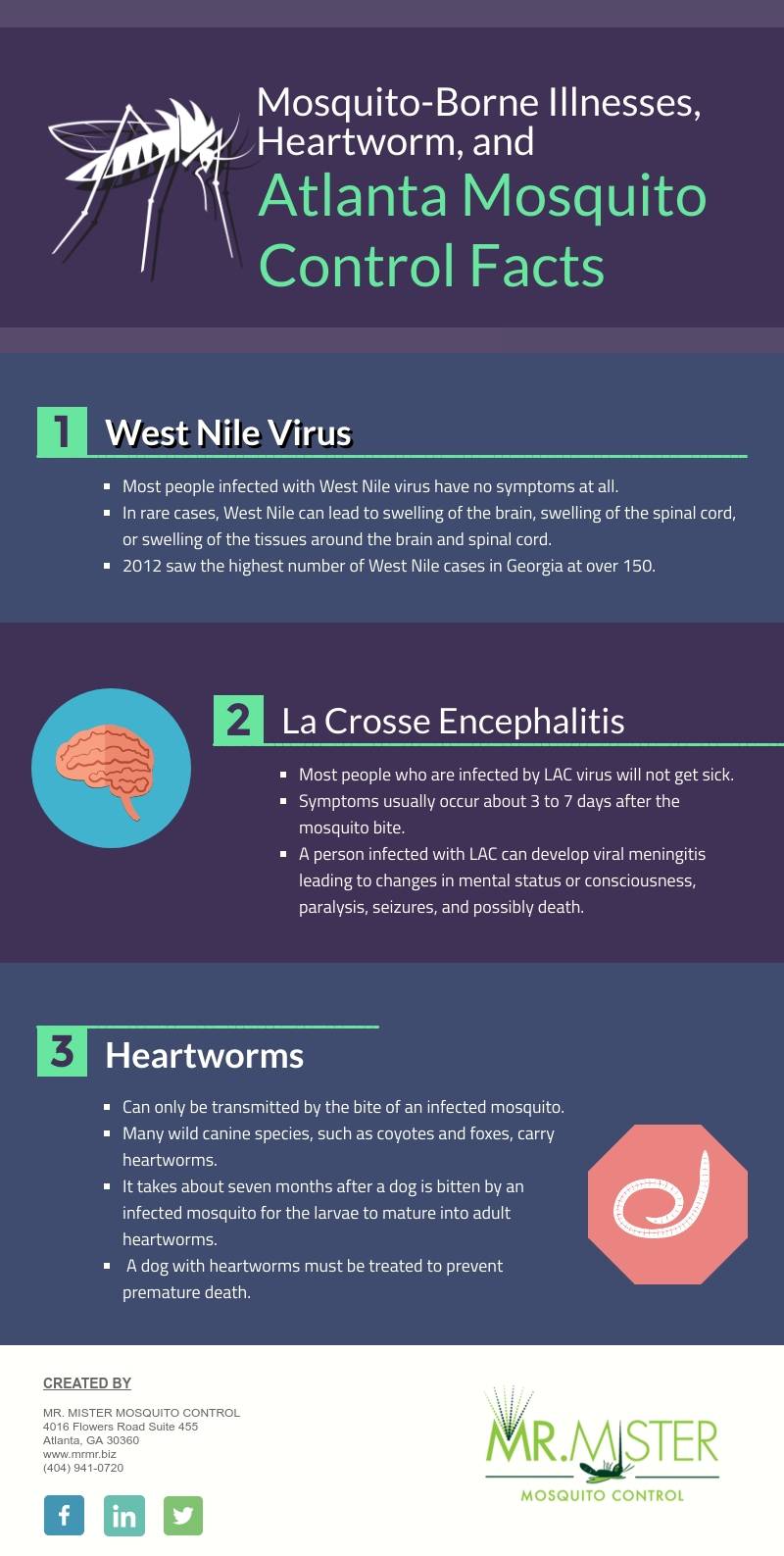 The Aedes aegypti mosquito, native to Georgia, can carry West Nile virus. A mosquito picks up West Nile Virus when it bites a bird that is infected with the disease. When an infected mosquito bites a human, it can spread the virus. Thankfully, West Nile virus in humans is usually very mild. In fact, most people who have West Nile don’t even know they have it.

La Crosse encephalitis is another disease transmitted to humans by mosquitoes. Like West Nile virus, most people who are infected by LAC virus will not get sick. If people do become ill, symptoms usually occur about 3 to 7 days after the mosquito bite. Persons who become ill usually only have mild flu‐like symptoms such as fever, headache, nausea, and vomiting.

In some cases, a person infected with LAC can develop viral meningitis (inflammation or swelling of the protective covering of the brain and spinal cord). Other severe symptoms include encephalitis with changes in mental status or consciousness, paralysis, seizures, and possibly death.

Heartworm disease in dogs is another mosquito-borne illness. It is more common than West Nile or La Crosse encephalitis, although it does not affect humans. Heartworm disease in dogs—and, on rare occasion, in cats—can only be transmitted by the bite of an infected mosquito. There’s no other way to get heartworms. But there’s no way to tell if a mosquito is infected, which why prevention is so important. And the bite of just one mosquito infected with the heartworm larvae can give your dog heartworm disease. Many wild canine species, such as coyotes and foxes, carry heartworms. So if you have mosquitoes and you have wild animals, chances are some of those mosquitoes transmit heartworms.

It takes about seven months after a dog is bitten by an infected mosquito for the larvae to mature into adult heartworms. That makes it hard to detect the disease early on. It also means that symptoms may not occur until well after mosquito season ends. Once they are mature, heartworms lodge in the heart, lungs, and surrounding blood vessels where they begin to reproduce.

Adult heartworms can grow up to 12 inches in length and can live 5-7 years. An infected dog can have as many as 250 worms in its system. A heartworm infection won’t go away on its own, and as the heartworms spread and reproduce they cause severe symptoms and even death. You can learn the signs of heartworm disease in dogs here. A dog with heartworms must be treated to prevent premature death.

Protecting Your Family from Mosquito-Borne Illnesses

Protecting your family and pets from mosquitoes is not only a matter of nuisance control but also a matter of safety. Mosquito repellents can provide some protection, and you can always just stay indoors. But if you want to be able to enjoy your home’s outdoor spaces without the worry of mosquito-borne illnesses, you will need to eliminate mosquitoes on your property. Mr. Mister has an impressive track record of mosquito protection. In fact, we guarantee our treatments will keep your home mosquito-free, or we will come back for a complimentary treatment. Call Mr. Mister Mosquito Control for a free quote today: 404-941-0720.